After an at-times soul-crushingly long, 6-year hiatus, Adele is finally, and triumphantly, back with her fourth album, 30. The Academy Award winner and 15-time Grammy recipient, renowned as one of the music industry’s most private, is the master of keeping a low profile. She’s rarely heard from between albums and by her own admission lives a very normal life when she’s not selling out stadiums. But, like every great performer, the singer knows how to make an entrance.

The new album, which speaks of her deeply personal rebuild after her divorce from charity CEO Simon Konecki and her experience as a new mother, has already earned acclamation. Two star-studded shows—an LA concert played out in the shadow of the city’s Griffith Observatory, the other An Audience With in her hometown of London—reminded audiences, in equal measure, of her talent (vocally and lyrically) and her endearingly down-to-earth personality. And then there’s this month’s Vogue cover. Or covers, with British Vogue and American Vogue sharing a cover star for the first time in history. 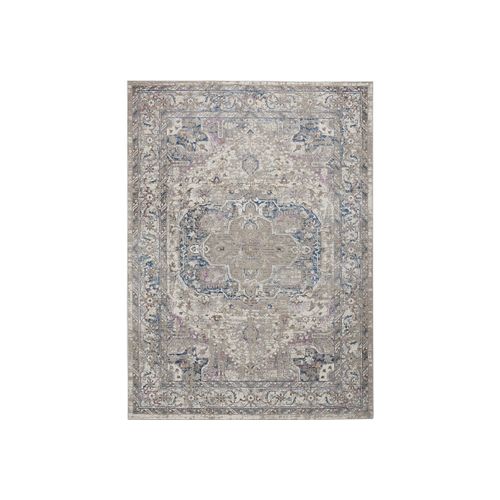 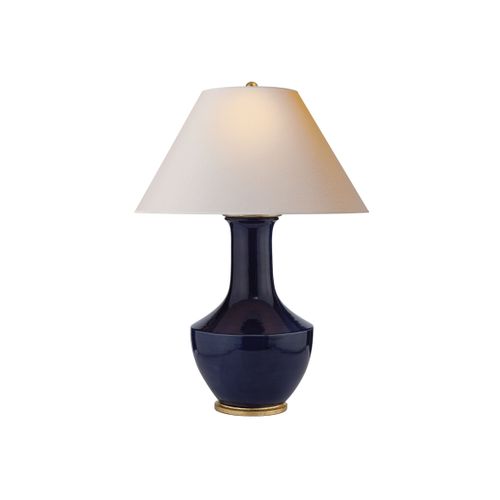 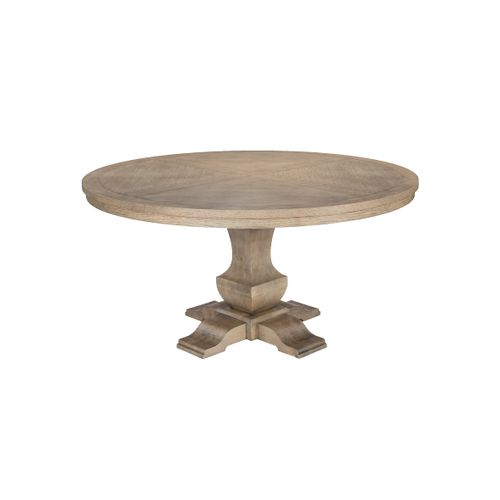 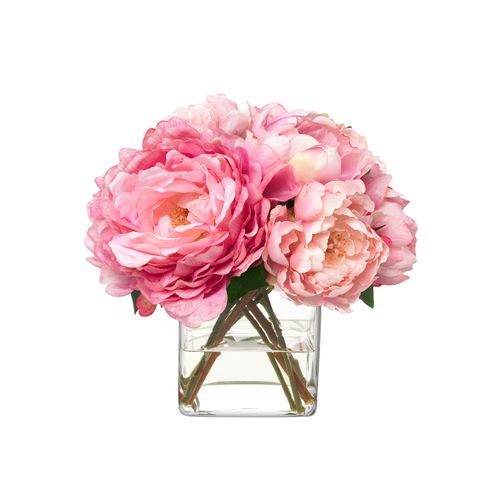 But what has design types alight with enthusiasm? The peek she gave into her notoriously private home life in California during her Vogue 73 Questions interview. Unsurprisingly for a woman beloved for her charisma and delightful relatability, a warm and charming home unfolded with an inviting and open atmosphere. A purposeful use of colour and texture and a blend of art and antiques create a surprisingly traditional sanctuary befitting a British transplant in LA. “I probably would never leave my house if I didn’t need to,” the singer claimed in the interview and no one could possibly blame her.

Bursting with design inspiration, the Beverly Hills home was the perfect backdrop to learn about the singer’s fresh start and pick up some design notes along the way. Here’s a taste of what we can’t stop thinking about from Adele’s England-meets-California home. 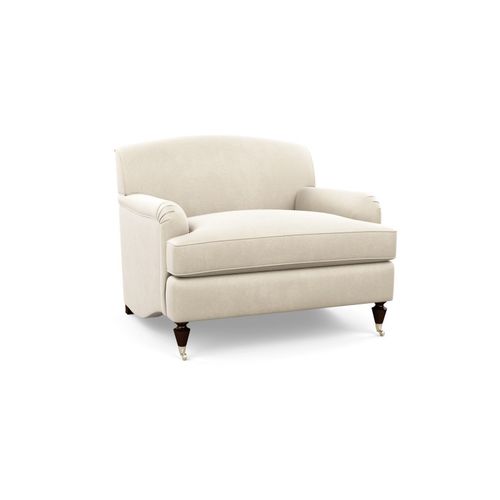 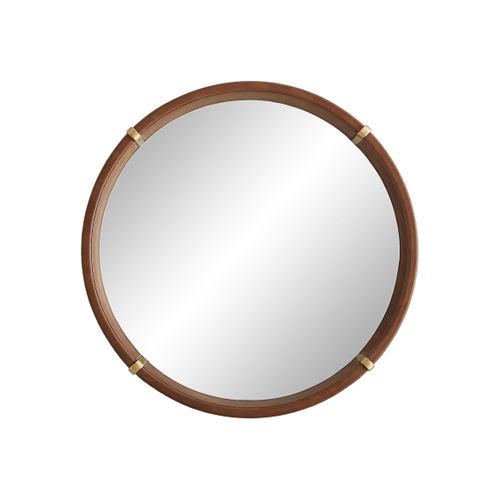 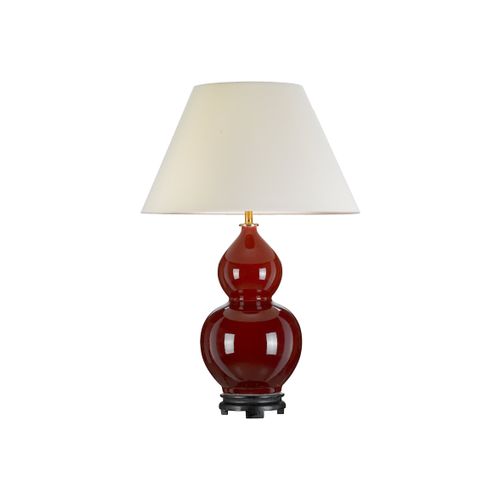 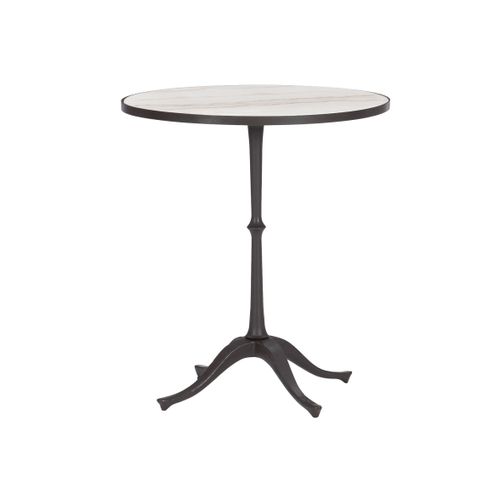 A natural choice for the British singer, Adele’s kitchen is awash with dusty blue cabinetry, golden hardware and finished with crisp white marble countertops to create a quintessentially English and timeless space. The kitchen feels fresh and understated, acting as a seamless accompaniment to the rest of the home. “I tried to make it feel like the English countryside,” the signer enthuses, and in that she was successful. Carefully considered details such as a butler sink and tanned leather stools add understated elegance and maintain an English ambience whilst the glass cabinet doors and modern appliances provide a practicality necessary for the heart of the home. To seamlessly tie the open-plan space together, the soft blue notes follow through into the seating area, featuring in the rug and armchair. 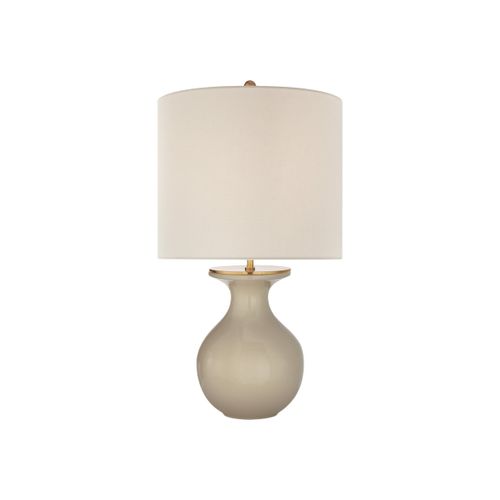 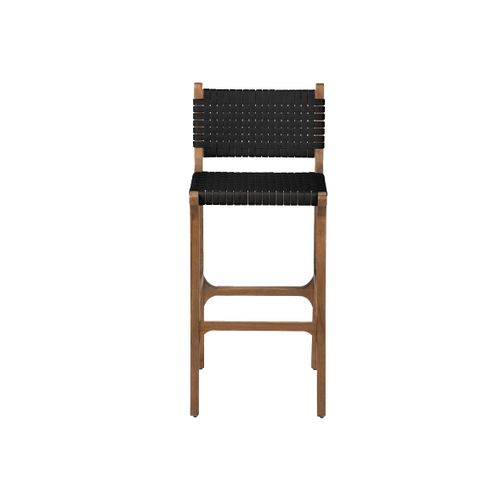 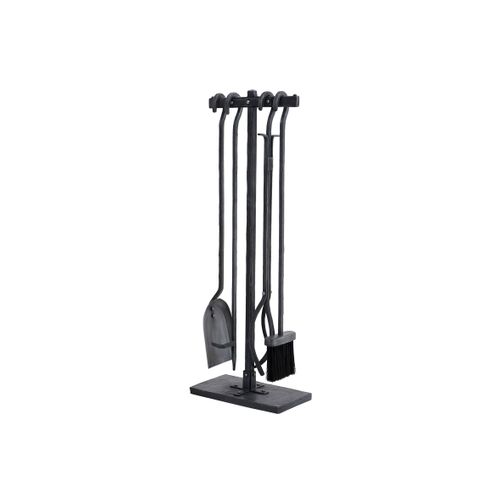 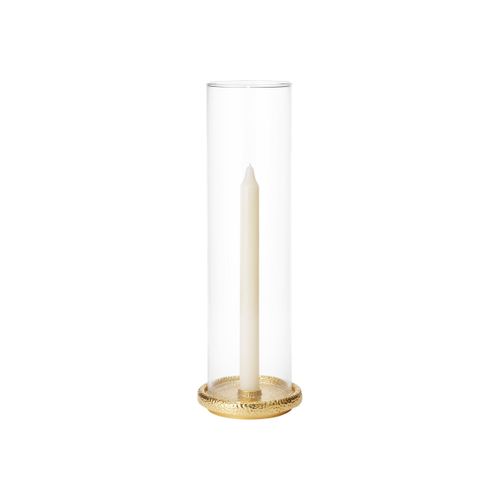 Just How Much She Loves Fine Art

Fine art is the finishing touch in any great home, providing personality and an inimitable style in even the most minimal of rooms. Lining the hallway, Adele’s art creates drama and intimacy without hindering its flow. Each piece encased in a white frame, the singer’s art collection is allowed to play centre-stage and, through the use of art lights, her favourite works are lit in a refined and purposeful way. The singer proves that having a variety of artwork (hers appears to range from blue abstract paintings to a modern lip print) can keep each space feeling distinct whilst effortlessly adding pops of colour into a neutral scheme.

By displaying her pieces above her mantle and along the hallway, the home’s white walls become a feature themselves, bringing the eyes upward, enhancing lofty ceiling heights and making use of the full space in the room. 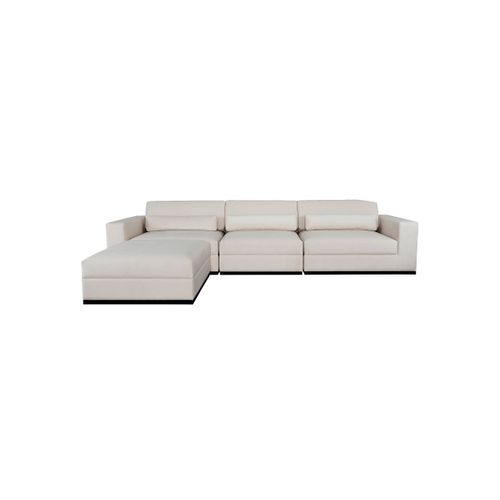 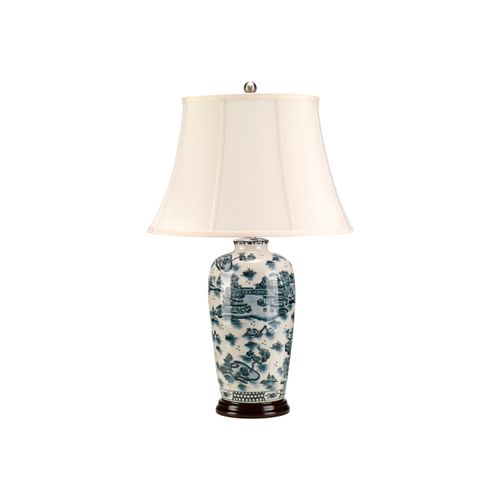 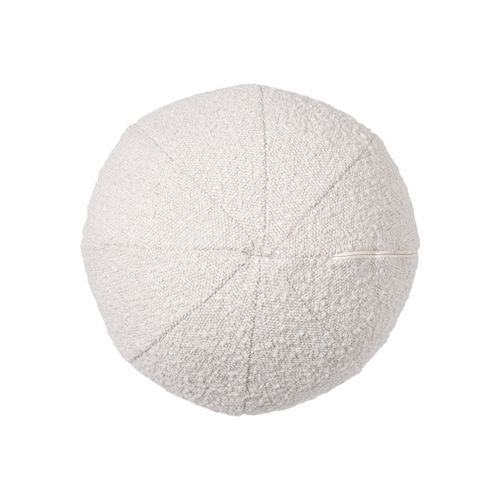 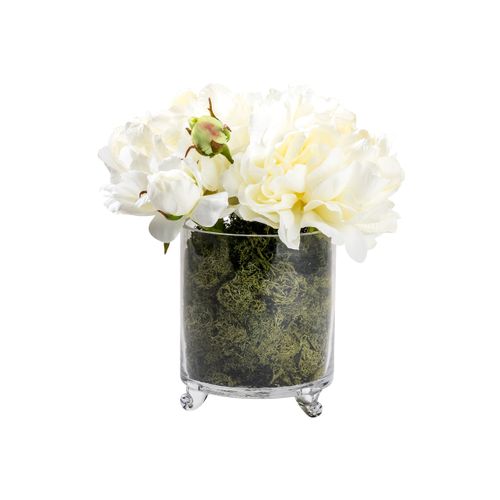 Whilst most are unlikely to ever own a framed piece of Celine Dion’s gum (a gift from friend James Corden), there are still a fair few eclectic pieces in Adele’s home to inspire. Keeping a room predominantly neutral allows the introduction of textures, colours and shapes which won’t overwhelm. In the living room, an impressive array of books line the full-length shelves; and the singer’s use of coffee table books is a fun way to play with scale. Plus, they can act as a constant source of inspiration for creative sessions. Mixing loved items is an easy way to create a curated space that feels both intimate and interesting. 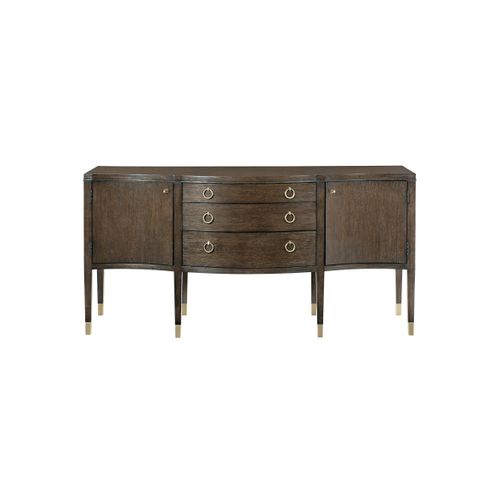 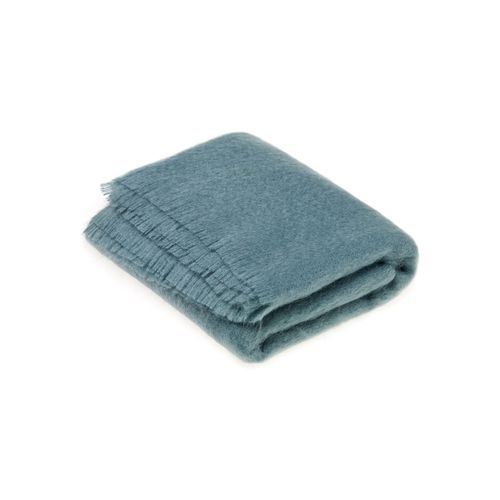 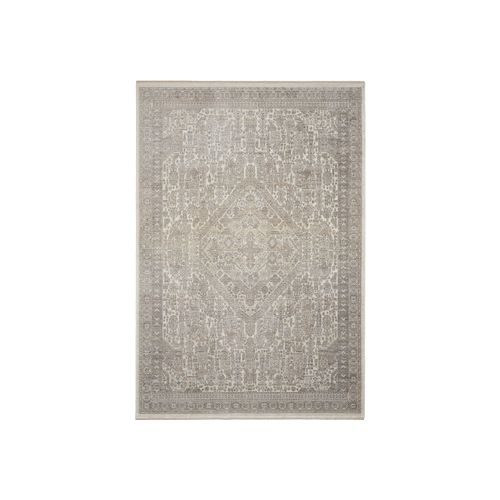 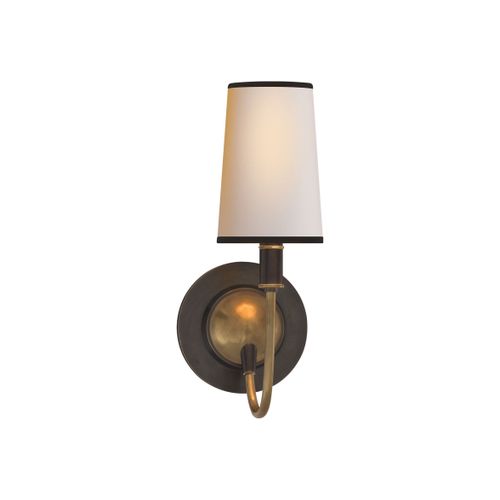 An Obvious Penchant for Antiques

Far from feeling dated, antiques, if used correctly, can bring character into a home. Providing an instant impression, they signify a history, a travelled life and a story to tell. Adele’s deliberately-placed antiques create a depth within her living space, offering a rich texture and personality lacking in some modern pieces. Through the use of darker wood antiques, Adele has added contrast to the predominantly light shades in her home resulting in a subtle sense of drama and interest. The dark tone of her antique furniture also ties in with the dark kilim rugs that flow throughout the home, creating a cohesive feel and providing balance. 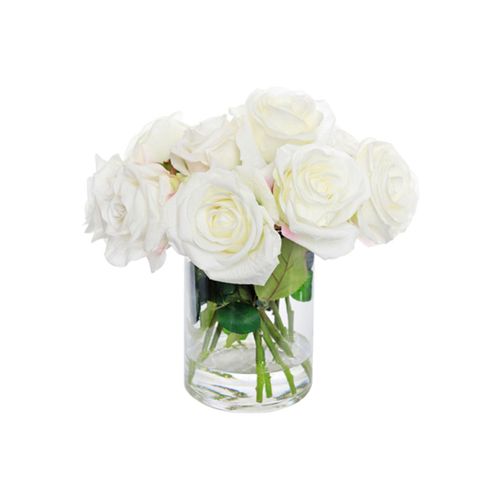 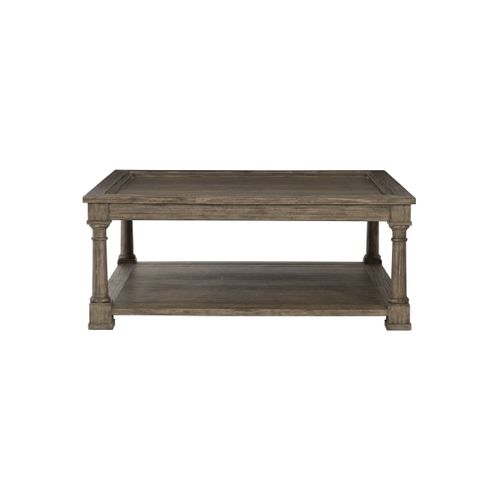 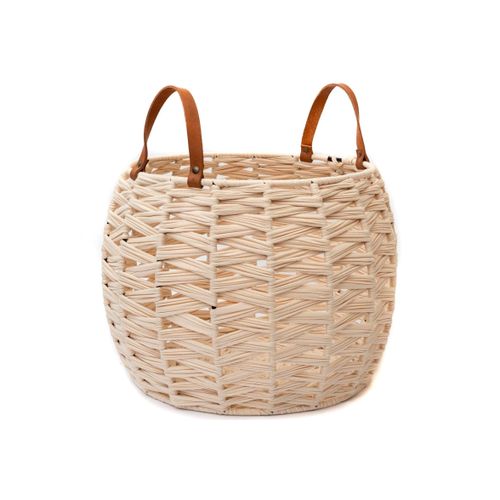 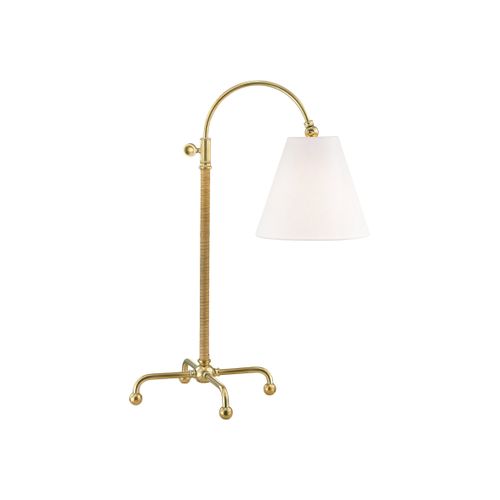 The Mix of Textures

As one of the most important elements of a successful eclectic interior, texture has the ability to bring a room alive and create a comfortable environment. Textures should be approached in a way that is multifaceted, ensuring a space that feels well thought-out and doesn’t clash. The common use of gold in Adele’s home, for instance, ties the rooms together in a discrete way, creating a flow from one space to the next. Flowers are often skipped over when considering texture, but they prove to be a mainstay in the singer’s home. Not only do they bring a natural element into the space, but they do their part to break up the home’s hard and soft finishes.

Some of the world's top interior designers reveal why a white bathroom never disappoints.

Bold and dramatic, this home is the epitome of glamour